Latest news
Main » These dudes already have the Pixel 4

In a YouTube video from Rabbit TV, we see three colors for the Pixel 4 XL. Now just a month before its official debut, both sizes of the Pixel 4 have shown up in a pair of nearly extensive hands-on videos that may equally satisfy and disappoint fans.

Google Pixel flagships have been a pioneer in smartphone photography.

Google has also confirmed the Pixel 4 will come with a bezel at its top that will house advanced facial unlocking technologies. On the back, we see a clean sheet of glass and a square camera bump similar in shape and positioning to those on the iPhone 11 series, with dual lenses to match.

A couple of videos posted on YouTube earlier this week showed Pixel 4 and Pixel 4 XL prototypes up close and in great detail, revealing several key things about the devices. We're apparently looking at the "Panda" version of the device with the orange power button (there will be a black one, as well as an orange version as well), with the white color on the back and the black edges. The camera app doesn't work and regularly crashes, especially when the individual attempts to launch Portrait mode. There's a CPU-Z app on the phone as well, and it lists the Pixel 4 XL as having a Snapdragon 855 processor, 6GB of RAM, and a 6.23-inch 3040×1440 display.

The videos confirm the rumors of the 90Hz Smooth Display on the Pixel 4 phones, with the screen being able to dynamically switch between 60Hz and 90Hz refresh rates, depending on the content being displayed.

The Pixel 4 leaks are landing multiple times a day right now, and surely that's all coincidental and nothing to do with the fact that Apple unveiled some new iPhones yesterday. Interestingly, the unit in the video does also appear to have 128GB of storage, though there's no way to tell if that's the base model Google intends to build, or if a cheaper one will have 64GB instead.

Unfortunately, the video doesn't test those Soli air gestures, nor does it experiment with Face Unlock. Again, this could have something to do with the software on board not being final. I could see these gestures being particularly handy when eating-nobody wants to touch their smartphone display when their fingers are full of chicken wing sauce. Otherwise, it won't be much longer of a wait now. 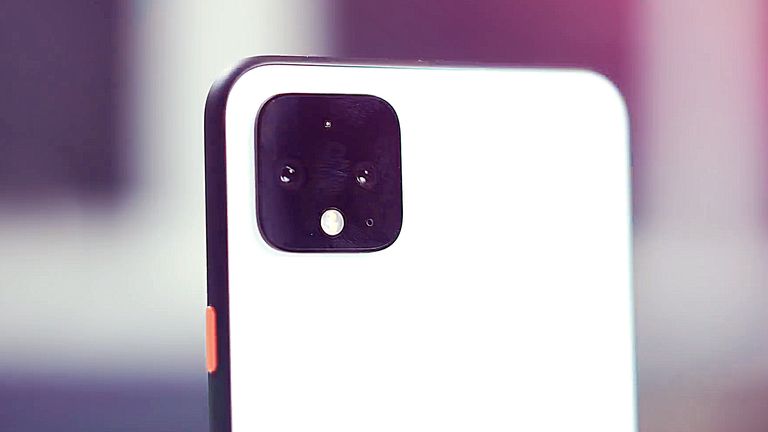